There will be no meetings until further notice due to the COVID-19 emergency.

Here is a nice tribute to our late brother, John Dean Fink, veteran of WWII who passed away on April 11th. This was published in the Tang Base Newsletter for May. Thank you brother Howard Feldman for forwarding this to the Lodge. 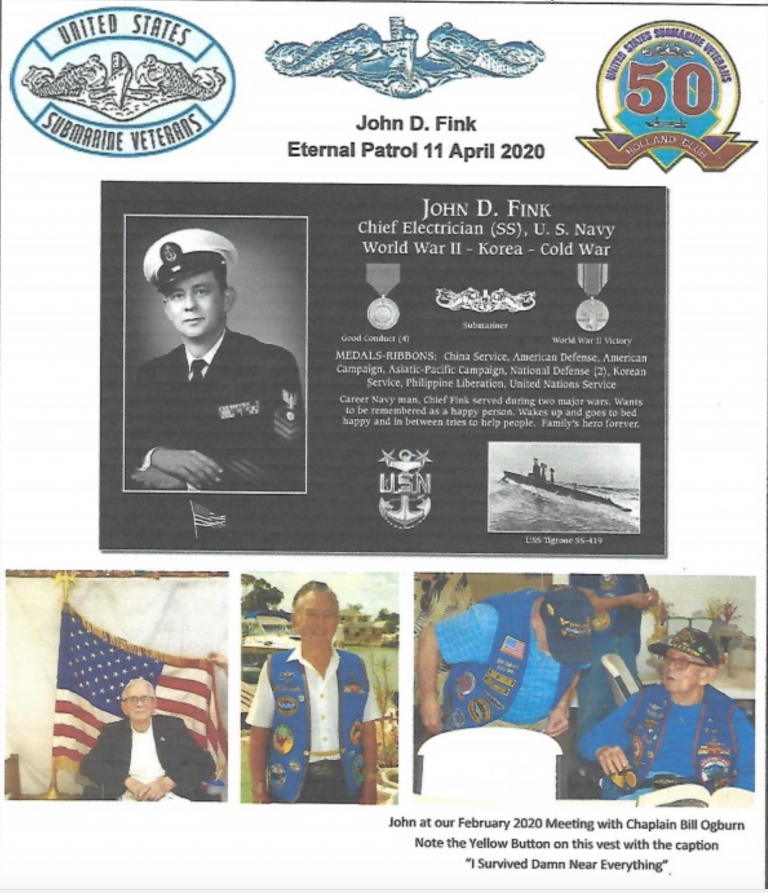 Gulf Beach Lodge delivered meals from Boston Market to our Emeritus brothers this week. We would like all of our members to know that we are here for you should you need anything. We are all in this together!!
This initiative was discussed and agreed upon by the members and officers of the Lodge at our Zoom online meeting last Thursday. The Board of Relief used funds from the Charity Fund to provide these meals.
Thank you Worshipful Patrick Lynch for making the deliveries. 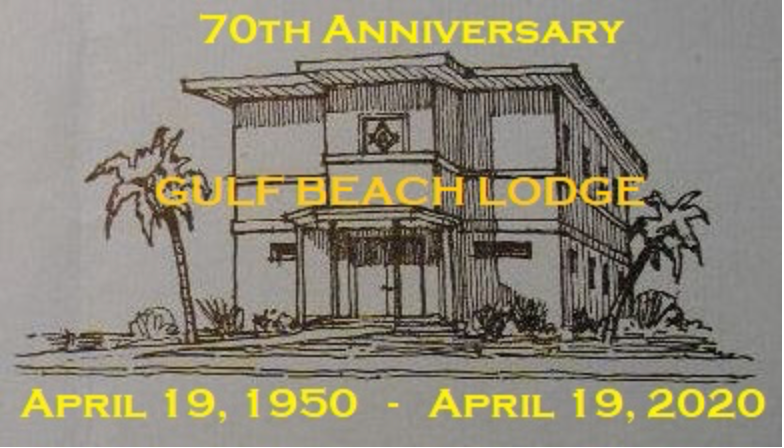 April 19, 2020 marks the 70th Anniversary of Gulf Beach Lodge No. 291. This April 19th also marks the first time that our Lodge has not held any meetings in the month of April. The Corona Virus has effectually put a temporary stop to all Masonic Lodge meetings and activities until further notice from the Grand Master of Florida. It is our sincere hope that life will soon return to a more normal situation and we will be able to gather as friends and brothers to celebrate our 70th Anniversary as a Chartered Florida Lodge.

In the meantime, here is a short synopsis of the beginnings of our Lodge 70 years ago and of the men who blazed the way for Masonry on the Gulf Beaches.

On December 8th 1949 a group of Masons led by ‘Scotty’ John Palmer assembled in a room at the Church by the Sea located on Madeira Beach Florida for the purpose of starting a Masonic Lodge. There were 57 present for the meeting, 44 visiting brothers, 2 members, 9 officers, the Grand Master (A. Wayne Conner) and District Deputy Grand Master (Eugene A. Nigels). A. Wayne Conner, Grand Master of Masons for the state of Florida opened an occasional Lodge of Master Masons in ample form and granted dispensation for a Lodge on Madeira Beach, which was sponsored by Star Lodge No.78 in Largo, the nearest Lodge to the location. The dispensation was only valid through April 1st 1950 (four months) and  was presented to the following Masons; John Blaich Jr., Harry Butler, George Clark, Burnice Cottrell, George Edelstein, Clyde Fashner, Theodore Howell, John Ivey, Junius McCrocklin, John Mundell, John Palmer, Carl Schaefer, Edgerton Taylor, Charles Wiebel and Kenneth Vaughn. The first Master of the Lodge while U.D. (under dispensation) status was W∴ George Frederick Clark, with Brothers  George Edelstein and Theodore Howell as Senior and Junior Wardens respectively, Brother Junius McCrocklin, Treasurer; Brother John Palmer, Secretary; Brothers Carl Schaefer and Charles Buxton, Senior and Junior Deacons respectively; Brother Kenneth Vaughn, Chaplain; Brothers Charles Wiebel and James Knowles, Senior and Junior Stewards respectively, Brother Burnice Cottrell as Tyler and J.A. Mundell as Marshal of the Lodge. The Grand Master said that this “was like launching a ship and we were now under way, with a Captain and crew”. And he gave it strictly in charge “that we were meeting in the House of God, and that we refrain from smoking in the Lodge room, telling of lurid stories, and from the use of profanity”.

December 15th the Lodge opened the meeting with $10.00 in the Treasury and a bill was submitted for $6.75 for Lodge stationary and paid thus leaving the Lodge with $3.25 on hand. The question arose as to the $5.00 that Brother Edelstien submitted along with the request for dispensation. Brother Edlestien stated that the $5.00 would be given by him as a donation. At the first meeting there were three petitions read for the degrees of Freemasonry. Mssrs. Henry T. Van Dyke and George A. Wiebel were accepted and one other petition rejected.  Degree fees were established at $25.00 for Entered Apprentice, $20.00 for Fellowcraft and $15.00 for Master Mason. Sunshine Lodge U.D. presented Gulf Beach Lodge U.D. with three gavels. Brother Joy Adams, Master of Sunshine Lodge U.D. stated that he would also supply the Lodge with a ballot box. The altar was presented by Brother Kenneth Vaughn, the bible by Brother Charles Shuey of St. Petersburg Lodge No. 139, Brother Bill Newman of Sunshine Lodge U.D. promised material to make aprons. Brother Charles Wiebel promised to provide fixtures for the lesser lights, and Brother Virgil Hanks from the Masonic Home promised light bulbs for the lesser lights. Brother Kenneth Vaughn asked that he be removed as chaplain which was accepted with regrets by all present. Brother Charles Buxton was appointed to replace him. Brother Kenneth Vaughn was appointed then as Junior Deacon. They were both duly installed.

January 19th the Lodge made a purchase of Lodge Officer Jewels from the National Masonic Press for $42.05. This evening was the first official visit by the District Deputy Grand Master, R∴W∴Eugene Nigels.

Regular meetings were held at the Church by the Sea, for which the Lodge paid $15.00 monthly. On March 16, 1950, at a regular communication, an election of officers was held. These officers were to fill the chairs after the Charter was granted by the Grand Lodge. Those elected were; Brother Carl Schaefer- Worshipful Master; Brother John Palmer- Senior Warden; Brother Edgerton Taylor- Junior Warden; Brother Harry Butler- Treasurer and Brother Kenneth Vaughn- Secretary. By-laws were also presented and approved at the same meeting.

At the last meeting of Gulf Beach Lodge U.D. on March 29, 1950 the minutes state “Nothing else coming before this Lodge of Master Masons the same now rests until future orders by the Grand Lodge F&AM of Florida”.  Three weeks later Gulf Beach Lodge No.291 was to be born.
Gulf Beach Lodge U.D. received its charter from the Grand Lodge of Florida on April 19, 1950 with the number to be 291. On May 8, 1950 M∴W∴ Gus Dekle, Grand Master, and officers of the Grand Lodge were present at Sunshine Lodge U.D.’s  Masonic Temple for the dedication, consecration and presentation of Charters to Gulf Beach Lodge and Sunshine Lodge (No. 288). After W∴ J. Adams of Sunshine Lodge opened the meeting, the Grand Officers assumed the chairs of the Lodge. The Most Worshipful Grand Master dedicated and consecrated both Lodges and presented them their Charters after which he installed the officers of each Lodge. The elected officers assumed their duties, except for Brother Kenneth Vaughn, who was replaced as Secretary by Brother Henry Van Dyke. Brother Van Dyke served as Secretary until October 5, 1950 when he was called back into active duty to serve in the Korean War. He was replaced as Secretary by Brother Frank Jones. Gulf Beach Lodge No. 291’s first called communication was held at the Church by the Sea on May 11, 1950. On May 18, 1950 the following brothers were the first to be Raised in Gulf Beach Lodge; Brothers Clair Siefferman, George Gretzinger, George Davis and Richard Patz. The first men to petition the Lodge for the Degrees were Mssrs. Arnie Garrett, Amzy Lockwood and Elmer Shirey. 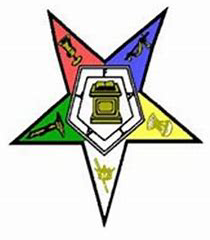 Join us tonight (Thursday March 12th) at 7:30 PM at Gulf Beach Lodge for a talk on Masonic Aprons, “Then and Now” presented by R∴W∴ Howard Knapp. This will be a tiled meeting in the Entered Apprentice Degree. Brothers are encouraged to wear or bring an apron that belonged to a dearly departed family member or friend and share a short history of that apron with us.

A light buffet will be served at 6:30 PM with the meeting to follow. 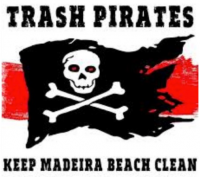 Join us from 8:00 – 10:00 am for the Madeira Beach Community Cleanup, hosted by the Trash Pirates.  Volunteers gather at Archibald Beach Park, 15100 Gulf Blvd. where they check-in and receive all the essentials needed to help with the cleanup and a one-day parking pass, courtesy of the City of Madeira Beach. Participants are encouraged to dress appropriately for the weather conditions and to use sunscreen.

We hope to see many brothers come out and show the community that Gulf Beach Lodge supports Madeira Beach. Wear a Masonic shirt if you have one!

Join us with family and friends for an afternoon of fun and fellowship from 1:00 – 3:00 pm

Please join us for dinner and our Stated Meeting. First-time visitors: Please read the Information for Visitors page on this website. Dinner: 6:30 pm; Lodge convenes at 7:30.

Breakfast at Gulf Beach Lodge is served from 8:30 – 10:30 am. Enjoy the best breakfast deal on the Gulf Beaches. All are welcome. 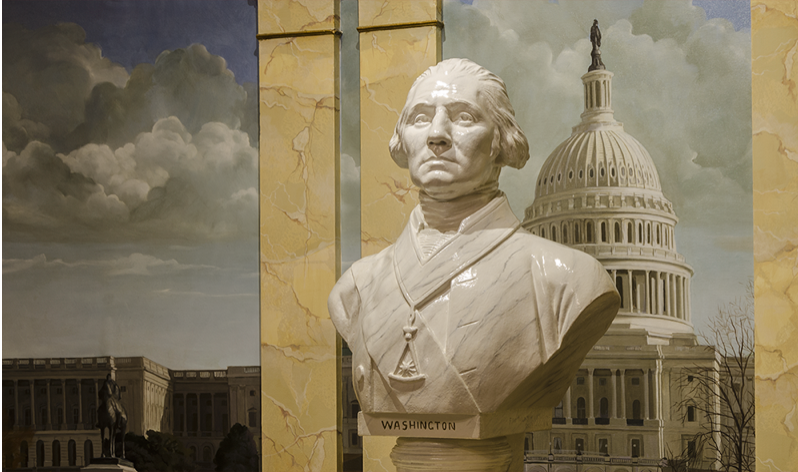 At 6:30 pm there will be a dinner. At 7:30 the lodge will open on the Master Mason Degree for a historical presentation on Bro∴ George Washington, presented by Bro∴ Tom Sulek, Historian. First-time visitors: Kindly read the Information for Visitors page on this website.

On February 23rd, 9:00 am – 3:00 pm, members of Gulf Beach Lodge will be traveling to the Hernando Sportsman’s Club to participate in their annual Machine Gun Shoot. All family and friends are welcome and encouraged to join in the activities.

Must be at least 18 years old to shoot. Bring your own machine gun. Children under 15 have free admission with an adult.

If you were not able to attend the Lodge meeting last night at Gulf Beach Lodge, here is what we accomplished. It was absolutely a wonderful night of Freemasonry at its best.

Join us next Thursday night for a special talk on Brother George Washington the man and Mason as presented by Brother Tom Sulek.

Hours First & Third Thursdays: Stated Meetings - Dinner or Buffet 6:30 pm; Lodge Opens at 7:30 pm. Visitors are always welcome to have dinner with us.

Gulf Beach Lodge is dark during July and August. That means there are no lodge meetings, but other events may occur and will be listed here and on the Calendar.

Do NOT follow this link or you will be banned from the site!