What a wonderful night of Masonry last night! Here is what was accomplished.

Just a reminder: Lodge is Dark next Thursday for the Holidays, please enjoy time with your family and loved ones.

Thirty-four Masons from as far away as Canada were present to see Brother Gregg Pappas Passed to the Degree of Fellow Craft. The lecture was delivered by Brother Bobby Burkett and the Charge by RW Howard Knapp. Congratulations Brother Pappas! 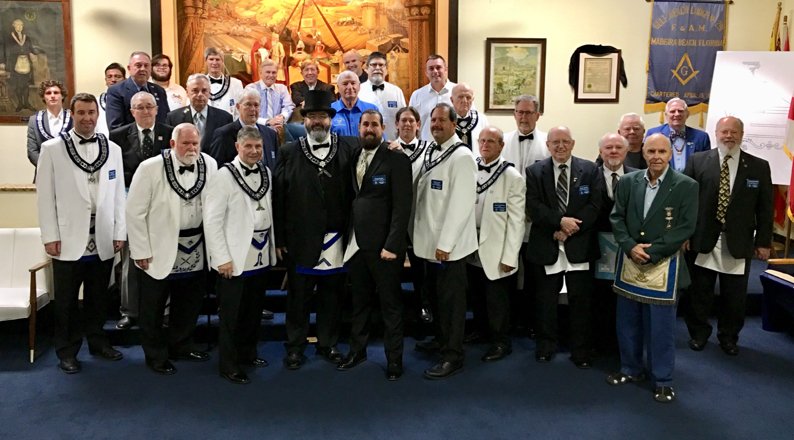 It was election night! Here are the 2019 Elected and Appointed Officers

Congratulations to all the newly elected and/or appointed officers for 2019. Open Installation will be on Saturday January 5, 2019 at 1:00 PM at the Masonic Temple with refreshments to follow.

Here are the other things that were accomplished last night. 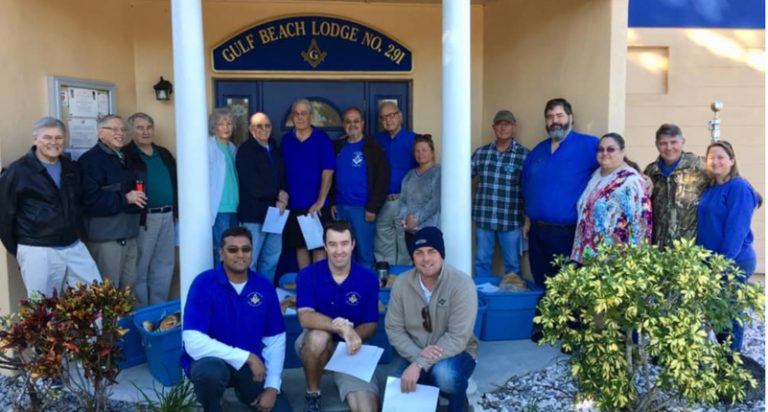 Gulf  Beach Masonic Lodge, located at 14020 Marguerite Dr. in Madeira Beach helped bring Holiday cheer to eight local families in need. Eighteen Masons, friends and family members prepared and delivered the Thanksgiving food baskets to less fortunate families in the area. The baskets included a large turkey, pies, and all the sides necessary for the most sumptuous Thanksgiving dinner. Gulf Beach Lodge is pleased to be able to assist in making this a great holiday season for those most in need. Gulf Beach Lodge has provided Holiday baskets for over 45 years and looks forward to continuing the tradition well into the future.

If you were not able to make Lodge last night, here is what was accomplished.

Lodge will be Dark next week for Thanksgiving. The Officers wish you a very happy holiday! 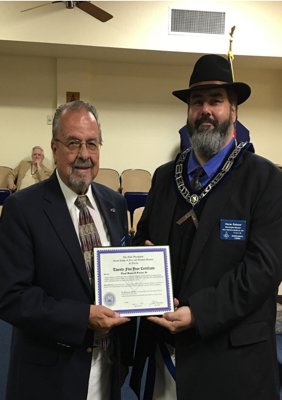 Address 14020 Marguerite Drive, Madeira Beach, FL 33708 Hours Thursdays:  Lodge Meeting: 7:30 pm. There are no meetings during July and August. Note: There are no dinners during the Coronavirus emergency. Read the Covid Policy here.